Many little ones love their sippy cup, and just as many parents love them for the way they help avoid spills and messes. When is your baby ready for their first sippy cup and how do you introduce them?

By around six months of age, your child should be able to sit up straight in their highchair, indicating good neck control and the ability to move head and hands independently. This is usually an appropriate time for them to start using their first sippy cup and transition away from feeding exclusively by breast or bottle. 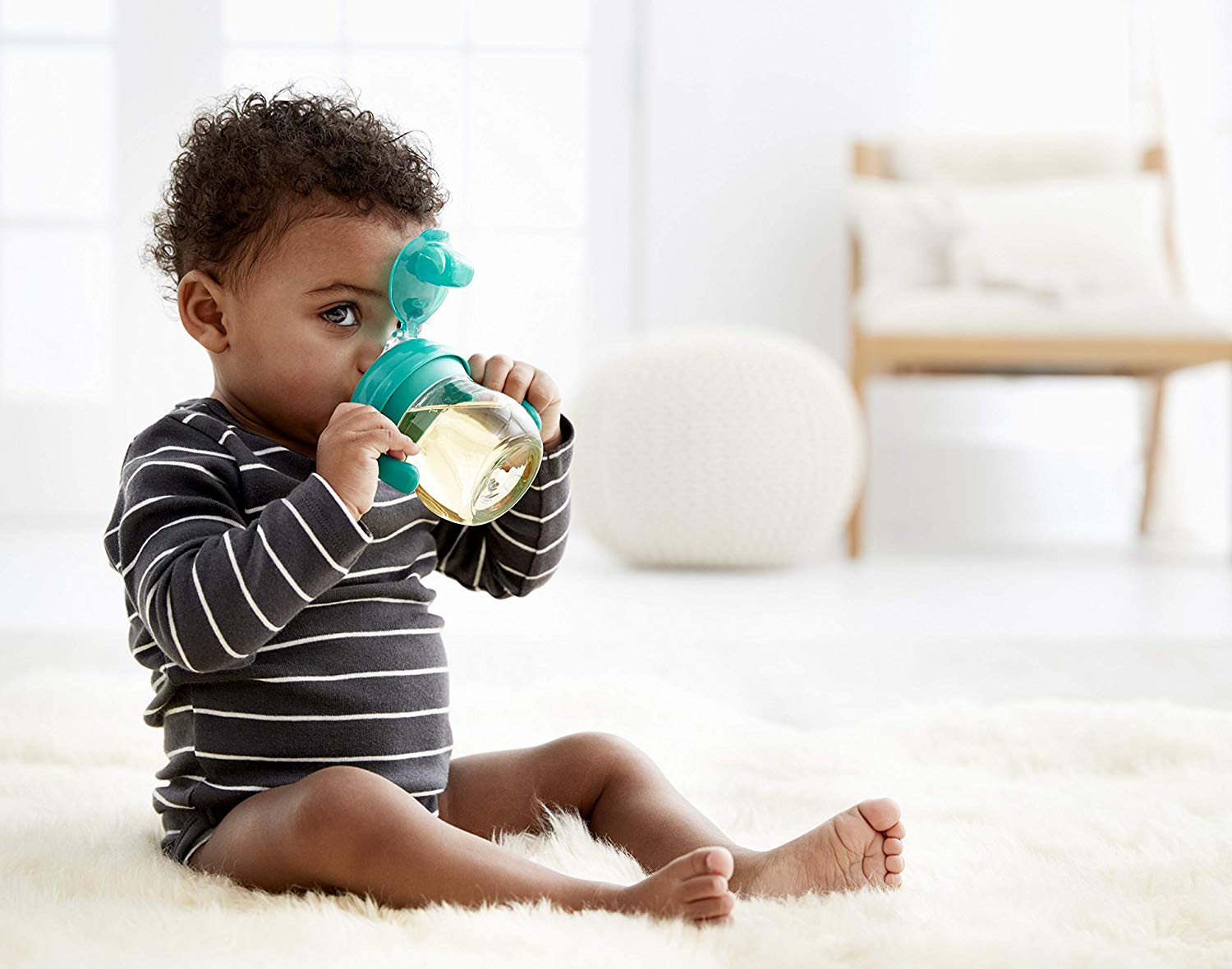 Although it is ideal to continue with the breast, it is advantageous for your child to begin moving away from the bottle, starting at around 9 months of age, leaving it behind completely by the time they reach their first birthday. Some of the reasons for breaking their bottle habit include:

When your child remains dependent on the bottle, it may increase the likelihood of tooth decay. The mechanics behind drinking from a bottle versus a sippy cup means that their teeth are exposed to milk sugars for a longer period, increasing the risk of cavities.

Continuing to use a bottle for an extended period of time may result in obesity as the child grows older. Research has shown that those children who are still using a bottle by the age of 2 increase the likelihood of obesity by the time they are 6. This is typically a result of the child continuing to carry their bottle around with them, sipping on it throughout the day even though they have switched to a primarily solid diet and thus consuming too many calories.

There’s also the possibility of the opposite happening. Your child may become more resistant to eating solid foods and prefer to continue relying on their bottle for their nutrition.

The Bottle May Affect the Development of Teeth

There is some evidence showing that the constant sucking on a bottle causes the facial muscles to develop in a particular way, which can impact the development of the roof of the mouth and the eventual positioning of the adult teeth. As a result, the child may develop an overbite or crooked teeth, requiring orthodontics when they are older.

Transitioning to the Sippy Cup 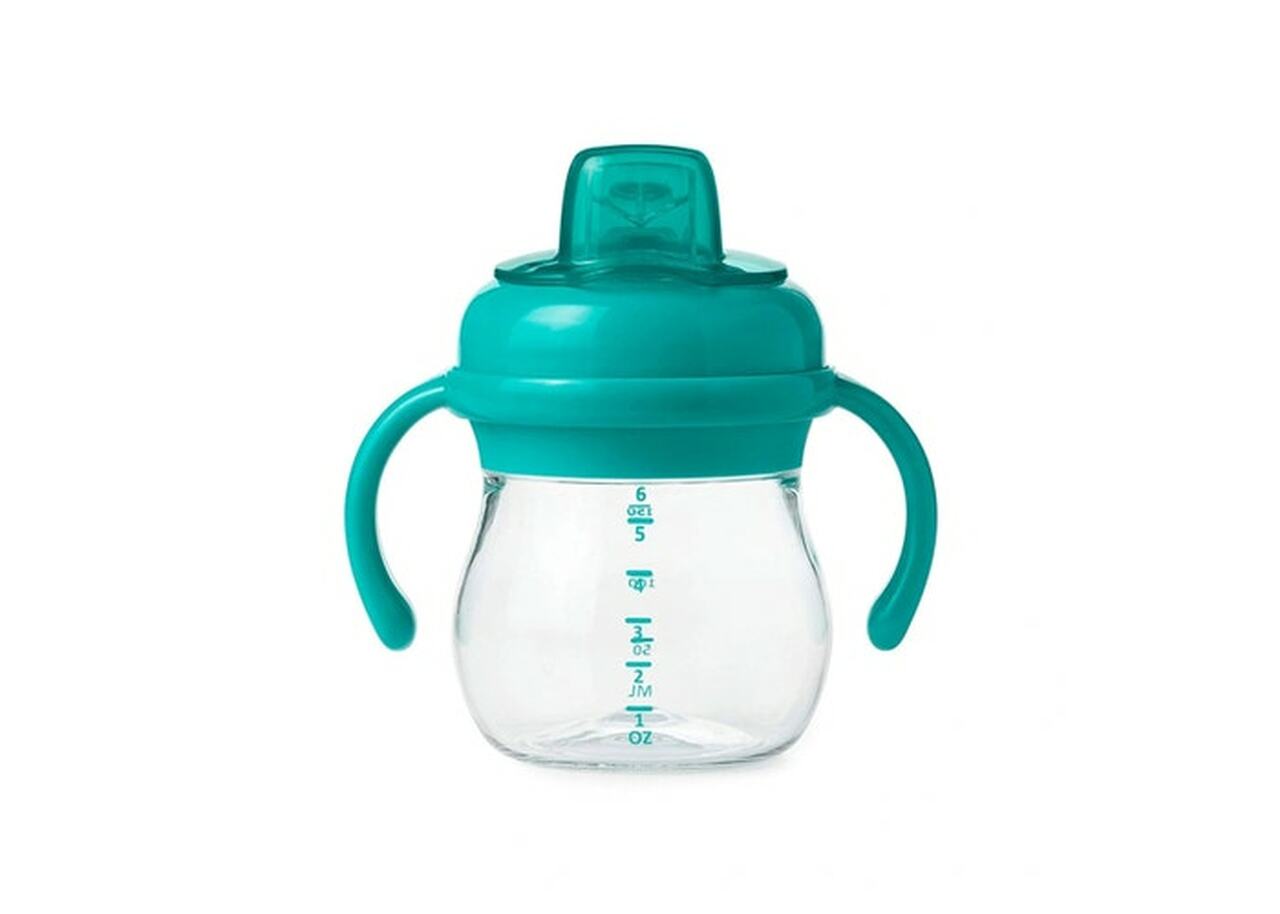 So, now that your child is ready to move on from their bottle and start using their cup, how do you help them do so? Your child may feel attached to their bottle, and it may provide them with a feeling of security and comfort. Taking the bottle away will be a big change for them and might even feel a little bit scary, so unless your child seems eager to adopt a sippy cup, it’s probably wise to introduce it slowly rather than force a sudden change. Some ideas for gradual adoption of the cup include:

More often than not, babies won’t want to switch from the bottles without some time, patience, and encouragement. You may have days or moments when your child is happy to use their sippy cup, only to find that they have changed their mind by their next feeding. Continue to make it fun and be patient while also offering encouragement. You may even want to offer a variety of different cups to make things more interesting and help them learn to hold different shapes and sizes comfortably.

Sippy cups are a great way to ensure that your child is staying hydrated while also avoiding spills and messes in addition to the loss of your breast milk or whatever they may be drinking.

As with so many products for babies, there are many sippy cups available for you to choose from. Are all sippy cups the same? If not, how do they differ, and which is the best kind for your child? Here are some thoughts on what to look for when choosing a sippy cup for your child:

How Long Do You Use a Sippy Cup?

Remember that just as you want your child to break away from the bottle and use a sippy cup, at some point you want them to move from the sippy cup to an open cup. This makes the sippy cup a transitional item that will be used for a limited time. Often, children will be able to move to an open cup by the age of two, when they have developed the necessary fine motor skills to use an open cup.

While sippy cups are convenient and can be quite useful, remember that your ultimate goal is for your child to start using open cups. When they appear to have the necessary control, it’s time to help them make the transition.

Sign up and be the first to know about our promotions, offers, coupons, as well as our giveaways and events, both in-store and online.

Don't worry, you can unsubscribe at any time.