A Hat For Mrs. Goldman: A Story About Knitting And Love Mrs. Goldman always knits hats for everyone in the neighborhood, and Sophia, who thinks knitting is too hard, helps by making the pom-poms. But now winter is here,…

A Hat For Mrs. Goldman: A Story About Knitting And Love

Mrs. Goldman always knits hats for everyone in the neighborhood, and Sophia, who thinks knitting is too hard, helps by making the pom-poms. But now winter is here, and Mrs. Goldman herself doesn’t have a hat - she’s too busy making hats for everyone else! It’s up to Sophia to buckle down and knit a hat for Mrs. Goldman. But try as Sophia might, the hat turns out lumpy, the stitches aren’t even, and there are holes where there shouldn’t be holes. Sophia is devastated until she gets an idea that will make Mrs. Goldman’s hat the most wonderful of all. Readers both young and old will relate to Sophia’s frustrations, as well as her delight in making something special for someone she loves. 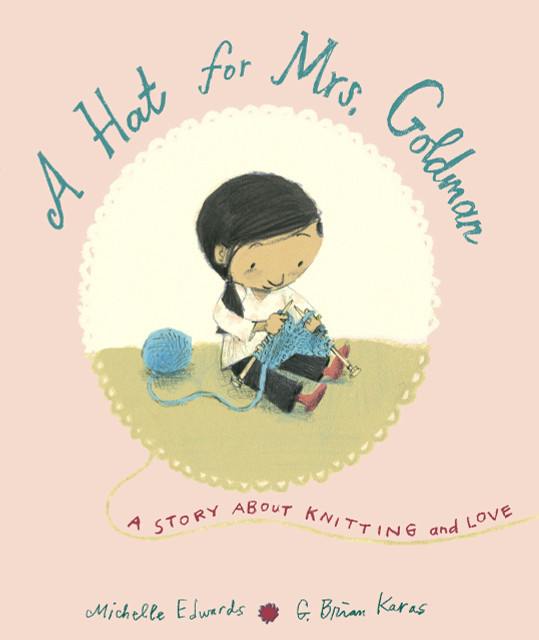 A Hat For Mrs. Goldman: A Story About Knitting And Love - Hard Cover

Pearhead - All About Me

Pearhead - All About Me Display all of baby’s important highlights and moments from their first year with Pearhead’s all about me frame. This modern and trendy keepsake frame is hand finished with a...

Join little rabbit and her parent as they spend a glorious sunny day together in the meadow. Little rabbit finds love everywhere, but knows that a parent''s love is always the best love of...

An innovative baby mitt that protects from scratches, boosts brain development, and stays on.

Squidging along with a merry song, it's kooky Wriggidig Caterpillar! With a hoopy-loop body in grassy green, bobbly feet and a silly stitchy grin, this funky friend waggles suedey antennae, looking...

Silly Succulent can go for a very long time without a drink! Water is stored in that big crown of squishy, suedey leaves, so this delightful deskmate always has a backup supply. A chic and merry...

These jacquard knit ankle socks are stretchy and soft with fun designs your little one will love to wear. Set of 4: cocoa stripe, stars, trees, ditsy Made of 76% organic cotton, 22% nylon, 2%...

Cup with straw and lid. Not leakproof.  Food-grade silicone. BPA free. Wash with soap and water or in the dishwasher. Microwafe and freezer safe.  Height: 9cm.  Diameter: 5...

Go back to school in style We love the college look so much, it inspired this hat ! A simple but not boring hat, it will be a staple in your badass kid's wardrobe. Keep your kiddos safe from the...

What is the Snuggle Me® Infant Lounger for?The Snuggle Me® Lounger is a unique lounging pad designed to hug your baby's body. This snuggling sensation is highly effective at calming and...

Sigmund Seal is so very smiley, with cream fur covered in scrumptious coffee freckles! This rumply rascal is so laid-back, loafing on the sand in the midday sun. Scrambly-squishy with cool fins and...

Sorry, there are no products.
Top
↑